You are here: Home / Dirk the Hero! 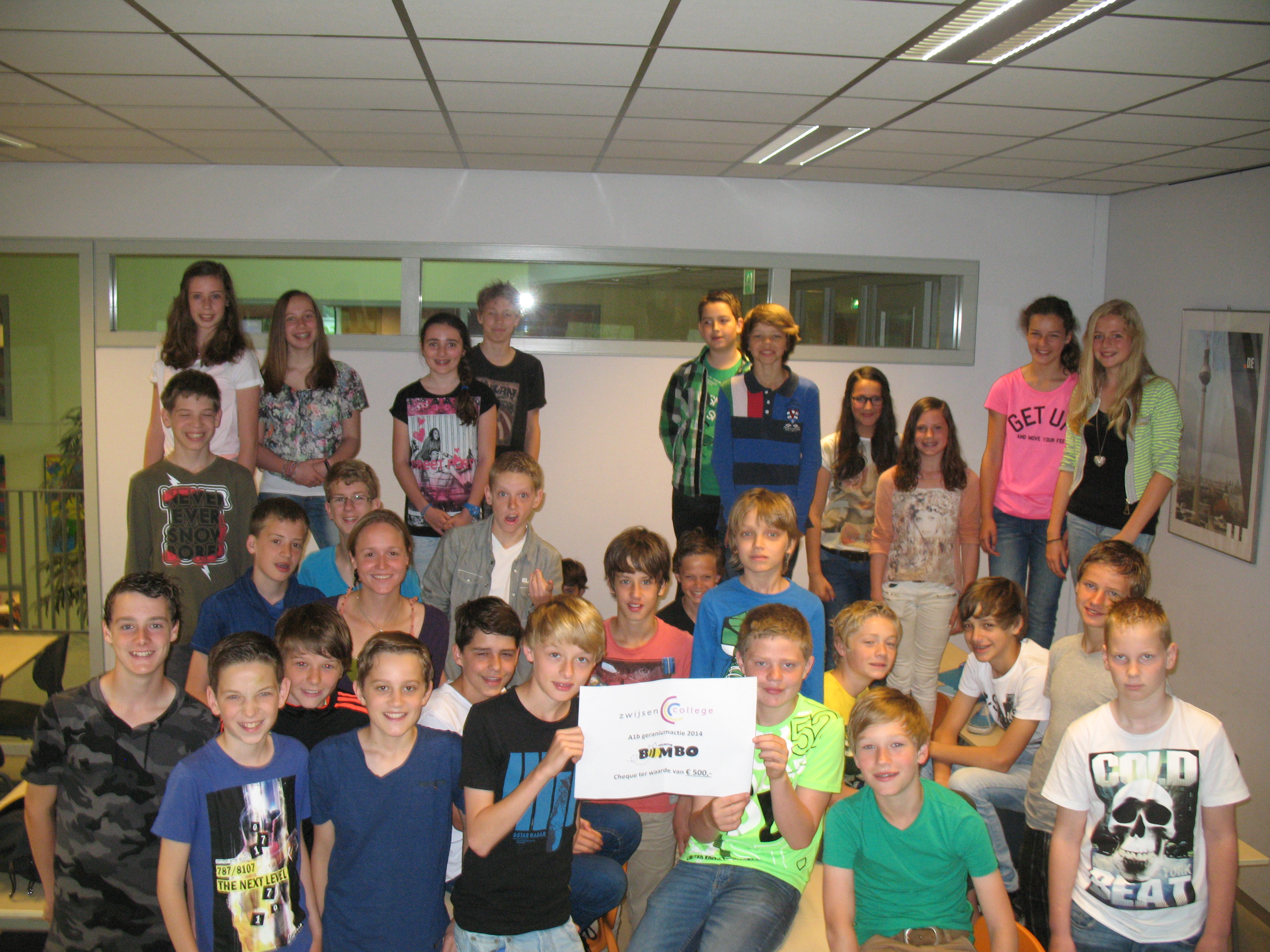 I was asked why I sold do many geranium flowers in 2014. My whole school had to collect money for the same charity but every class could choose a second charity where half the money collected by the class would go. We had two different charities so the class had to choose. One was a charity working for fighting cancer the other one was Bombo, introduced by me. Almost the whole class choose for Bombo because it was something new for them. I also showed the website and the founder of Bombo also graduated from the same school ‘

Het Zwijsen College'. It was time to sell some geraniums. You needed to sell minimum 30 flowers but because I knew where the money would go to and where it would be used for I wanted to sell as many as possible. I asked seriously everybody to buy them. I made five lists and distributed those in different places in Veghel (the Netherlands), one by Jan en Angela, one at the sewing club at Aunt Babs, my mom took one to work and I took two myself. That time I used to deliver newspapers so I could deliver the paper and at the same time ask if people wanted to buy geraniums for charity. That’s one of the reasons I sold more. I also visited everybody I knew but of course you always forget some people.

Many people where asking me for which charity it was. I would explain it and people liked it because I could exactly explain what Bombo is doing and where the money goes. For this reason, even people who doesn’t like the plant used to buy one. I never minded people asking me questions I really enjoyed that. In that way I could tell more and send people to Bombo’s website and told they could follow news there.

At the end of the sale I sold 412 geraniums and that was the second highest someone ever sold in school. After this almost all the teachers where asking me why I sold this much. That came in handy because I missed some classes and I could tell even more people about Bombo. During my 10 min teacher meeting my mentor could only tell how wonderful it was that I sold that many flowers. But after 3minute I had to leave because my mentor was asking my parents what I would like to get as a present. My mentor gave me a present of FC Den Bosh my favorite soccer team because he was so proud of me. I think the most wonderful was the day we got the money, Maureen was also in the Netherlands and she came to school to receive the money. The picture is to be found on the website.